Indigenous peoples make up roughly 28 percent of Venezuela’s total population and are among the most vulnerable groups impacted by the migration crisis. Of the migrants who fled to Brazil as of May 2020, 5,000 identify as indigenous; among them, 4,000 persons identify as belonging to the Warao community. They, especially women, are incredibly vulnerable. They are fleeing an environment in which their basic living conditions are threatened. Forced to move to urban locations, they cannot continue their subsistence activities such as agriculture, fishery and food gathering. They are also excluded and harassed because of cultural or language issues.

Structuring an innovative handicraft value chain for the Waraos is a project that leverages Warao migrants' skills with the main focus on women living in urban shelters in the Brazilian cities of Pacaraima, Boa Vista and Manaus. It establishes an artisan start-up that promotes entrepreneurship in these communities for economic independence, growth and sustainability.

The project provides the capacity-building tools for Warao artisans and entrepreneurs. It helps them improve product quality and gain financial, entrepreneurial and social skills to structure an innovative business model that increases their access to national and international markets through connections and digital platforms. 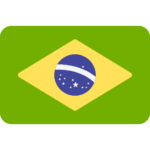